Zuck’s visit to Nigeria is a big deal. With two trips within one week, he helped draw attention to Nigerian tech startups, offered some form of validation for Nigeria’s tech ecosystem, held high-level meetings with the Nigerian government, attended a major tech event hosted by the Presidency for start-ups, and left a strong impression about simplicity. I pity the next Nigerian big man that harasses citizens with security details. Not only will he become meme material, his entire worth will be converted to dollars just to make the point that he has nothing close to the man, worth $54.5B, who walked the streets of Lagos without visible security.

Facebook pulled a major PR stunt to have Zuck visit Nigeria. I can imagine Ebele, Emeka and the rest of the team smiling as headlines — and pictures — continue to pop up all over the place. Of course, the PR stunt isn’t unconnected with Facebook’s Internet.org interest and projects. Following the Indian experience and questions that keep coming for Facebook’s Free Basics project, it’s not surprising that Africa is important to the project. When you combine factors such as population, Facebook use, Internet growth rate (7,415.6% over 17 years is no joke) and the fact that Africa is easier to get into, the Nigerian trip and successful PR stunt make business sense. This is a brilliant business move by Facebook and while no PR can turn what is clearly a business strategy into an altruistic save-the-poor one, Facebook is not the issue. Our failure is. 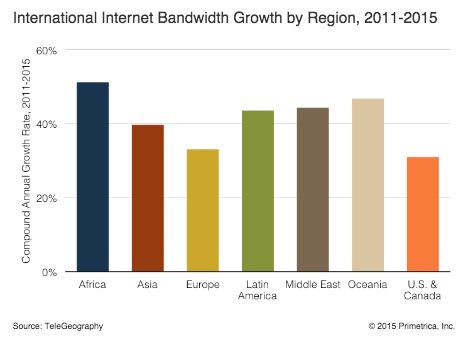 Connecting the unconnected may benefit from short-term efforts but sustainable work must be done by governments of respective countries, who must put their money — that they’ve been collecting as special taxes, or Universal Access Funds, — where their mouth is! This has been done before, for mobile telephony, and can be done again, for access. Remember when someone in Nigeria said mobile phones were for the rich and poor people couldn’t afford them? Projects like the Rural Telephony Project suddenly became sexy but it was only when liberalisation and sustainable market practices happened that we saw progress.

Today, almost anyone who wants a mobile phone can get one. Competition is something that net neutrality supports and broadband can become Nigeria’s next GSM through just that, and not necessarily by relying on an half a loaf is better than none philosophy. The target date by which Nigeria seeks to achieve 30% broadband penetration is less than 3 years away and while we’re now at 13% according to the Nigerian Communications Commission, it’s mostly thanks to limited mobile broadband. For reliable broadband, terrestrial infrastructure is king, and the last mile — which is a major problem even though many undersea cables adorn the Lagos coastline — matters.

This is not just about what government must do. A lot has happened in spite of government and I’m glad to see a strong move from dependence on government patronage to real value creation. One generation wasted the opportunity for innovation when it settled for the lazy option of rent-seeking and that is one mistake today’s start-ups must not make. Beyond the validation that visits like Zuck’s bring (a lot more will follow), the ecosystem must focus on real work and collaboration. Don’t wait for validation. Work. It won’t be pretty. It probably won’t enjoy the spotlight all the time, if it ever does, but lay the foundation, and if you intend to — or are fortunate — benefit from it. Visits should move from validation to tech tourism and handshakes. There will be long moments with no external support or euphoria opportunities, and that’s when real work gets done.

Another important lesson is that we must create an environment that allows youth fulfill their potential. You can’t pull down buildings occupied by small businesses one day and talk about creating an environment for businesses the next. You can’t reward militants and politicians more than graduates and expect innovation to be commonplace. This is why I think Aso Villa Demo Day holds some potential to send the right signals. Hopefully, it doesn’t end as a tokenistic PR opportunity but goes on to inform government policy on the ease of doing business, and lays a foundation for thorough engagement.

One final important lesson for me: we want tech rock stars but often forget that innovation and hunger don’t mix well. Once you begin to pay bills, you’re likely to focus less on work and more on returns to pay ’em bills. This is why Paradigm Initiative Nigeria started TENT and why I’d choose spending time with young people who have fallen completely off our radar over also showing up for the pictures 🙂 We need more people investing in schools, and working to catch them young. If they start before 13, there’s a better chance they hit rockstar mode by 30. I’m excited that our first set of TENT students graduate this session, and many of the ideas they started working on in Year 1 are now Final Year Projects. As their colleagues defend 5,000-word dissertations (many of them copied and pasted), they’ll be pitching businesses. Or pitching their skills to potential employers.

Zuck was here. The euphoria is understandable. However, important lessons must be learnt so we move from just hosting rockstars to exporting same.

4 thoughts on “Of Zuck’s Visit to Nigeria, Euphoria and Important Lessons”